About Rebekah Mays, Thrive, and this thing called UX 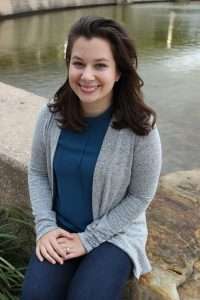 I have to admit – I’m incredibly lucky.

I live in Europe, in an amazing city in the Netherlands.

Plus, I have one of the best jobs I could imagine … helping businesses tailor their messaging so that it puts users first.

But how did I get to where I am today?

From student journalist to copywriting mentor

It started in 2012, when I began writing and editing for Columbia University’s student newspaper.

Thanks to AWAI, I was able to train with some of the great direct-response copywriters around … copywriters like Sandy Franks and Guillermo Rubio.

I’ve also been lucky enough to train under and work with some of the pioneers of digital copywriting, such as Nick Usborne and Heather Robson.

After five years of copywriting in the trenches, I’m happy to give back.

And this year, I was invited to share my tips and experiences in an AWAI’s training event FastTrack to Copywriting Success.

In other words, things have come full circle!

Falling in love with UX

Things took another leap when in 2019, I got hired as a full-time content strategist for the developer of the Transcendental Meditation app.

Getting to work with UX designers and a top-notch product team was one of the best experiences of my career.

In that role, I helped with conducting user research … worked for hours with our UX designers to optimize tiny screens … and guided the content strategy for the app.

This role taught me one big lesson: how crucial it is to listen to users, and how big the rewards are.

Harnessing UX copy in your business

The more I help businesses tailor their messaging to meet users’ needs, the more I’m convinced …

Whether you’re a Fortune 500 company, or a tiny family-owned business, prioritizing UX will help your bottom line.

UX is about looking for all the opportunities where you might be letting users down, and seeing how we can improve that.

Are you making it easy for customers to know what your business offers when they visit your website, and how your products will benefit them?

Are you making it intuitive for customers to subscribe to your newsletter … browse through your pages … and order your products?

Are you helping customers use your products, and not abandoning them after they make a purchase?

If you can’t say yes to everything, then it’s time to look at your UX.

Get help with your UX copywriting

No matter if you want to start small and optimize a few key areas, or go big, I’m here to help you every step of the way.

To get started, all you have to do is book a free, 30-minute discovery call.

By booking this call, there’s no obligation to use my services — just a discussion where I can get to know your needs, and we can see if we’re a good fit for each other.

See my full portfolio in Contently

You know the drill, but we use cookies on our website to give you the most relevant experience by remembering your preferences and repeat visits. By clicking “Accept All”, you consent to the use of ALL the cookies. Or, you can visit "Cookie Settings" to provide controlled consent.
Cookie SettingsAccept All
Manage consent

This website uses cookies to improve your experience while you navigate through the website. Out of these, the cookies that are categorized as necessary are stored on your browser as they are essential for the working of basic functionalities of the website. We also use third-party cookies that help us analyze and understand how you use this website. These cookies will be stored in your browser only with your consent. You also have the option to opt-out of these cookies. But opting out of some of these cookies may affect your browsing experience.
Necessary Always Enabled
Necessary cookies are absolutely essential for the website to function properly. These cookies ensure basic functionalities and security features of the website, anonymously.
Functional
Functional cookies help to perform certain functionalities like sharing the content of the website on social media platforms, collect feedbacks, and other third-party features.
Performance
Performance cookies are used to understand and analyze the key performance indexes of the website which helps in delivering a better user experience for the visitors.
Analytics
Analytical cookies are used to understand how visitors interact with the website. These cookies help provide information on metrics the number of visitors, bounce rate, traffic source, etc.
Advertisement
Advertisement cookies are used to provide visitors with relevant ads and marketing campaigns. These cookies track visitors across websites and collect information to provide customized ads.
Others
Other uncategorized cookies are those that are being analyzed and have not been classified into a category as yet.
SAVE & ACCEPT
Powered by